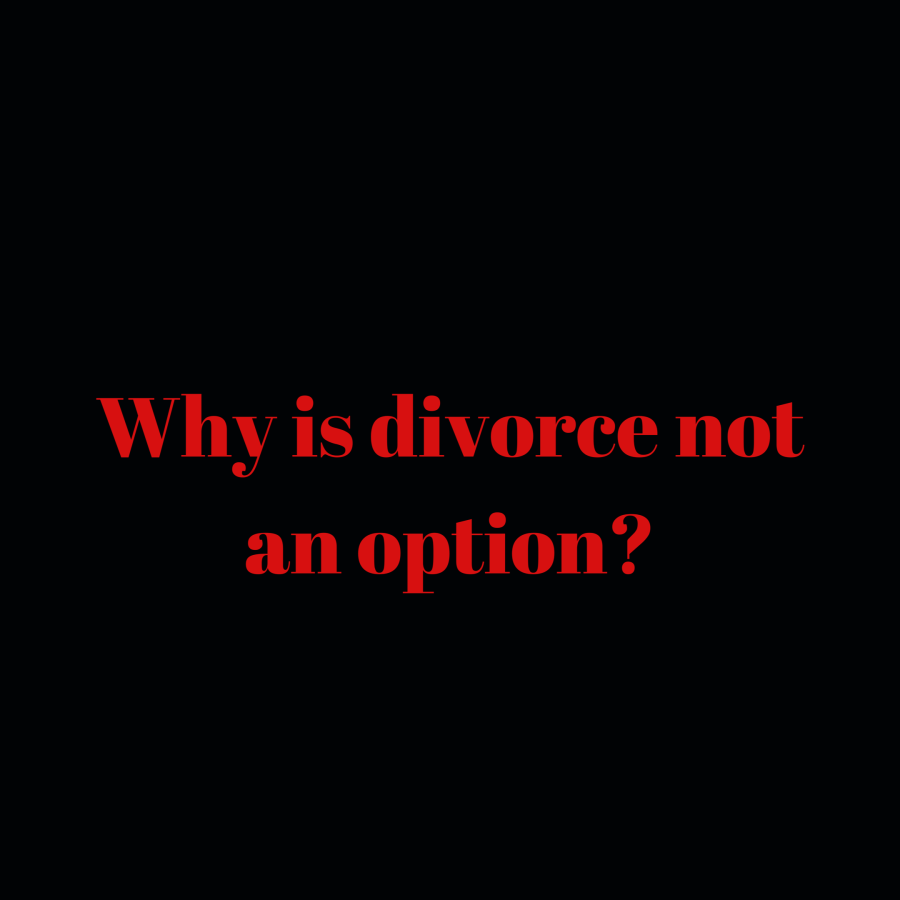 Of all the cliches that we have promoted as humans, this is probably the worst and something that many couples find their marital glory in but to me, is stupid.

Personally I’d feel very suffocated in my marriage if I was told that there isn’t a way out if ever I wanted. I’d feel trapped. I’d be miserable.

Leaving divorce as an option doesn’t weaken a marriage, IMO. It strengthens it. By removing this clause from our minds, which by the way is extremely essential to the institution of marriage, we are creating a lot of confusion.

Couples probably mean it as a form of love and commitment when they say “Divorce isn’t an option in our marriage”. But don’t think anyone’s marriage is above a divorce. We are all just one step away from facing a dissolution of our well-pruned marriages.

Unfortunately natural selection can get anyone of us.

When a couple is trying to work through a marriage, don’t tell them that divorce isn’t an option and they have to try this and that and the other and if nothing works they have to stay together nevertheless because of kids/society/family/parents/communal property/common friends. That’s not fair to people battling the evils of a fractured marriage.