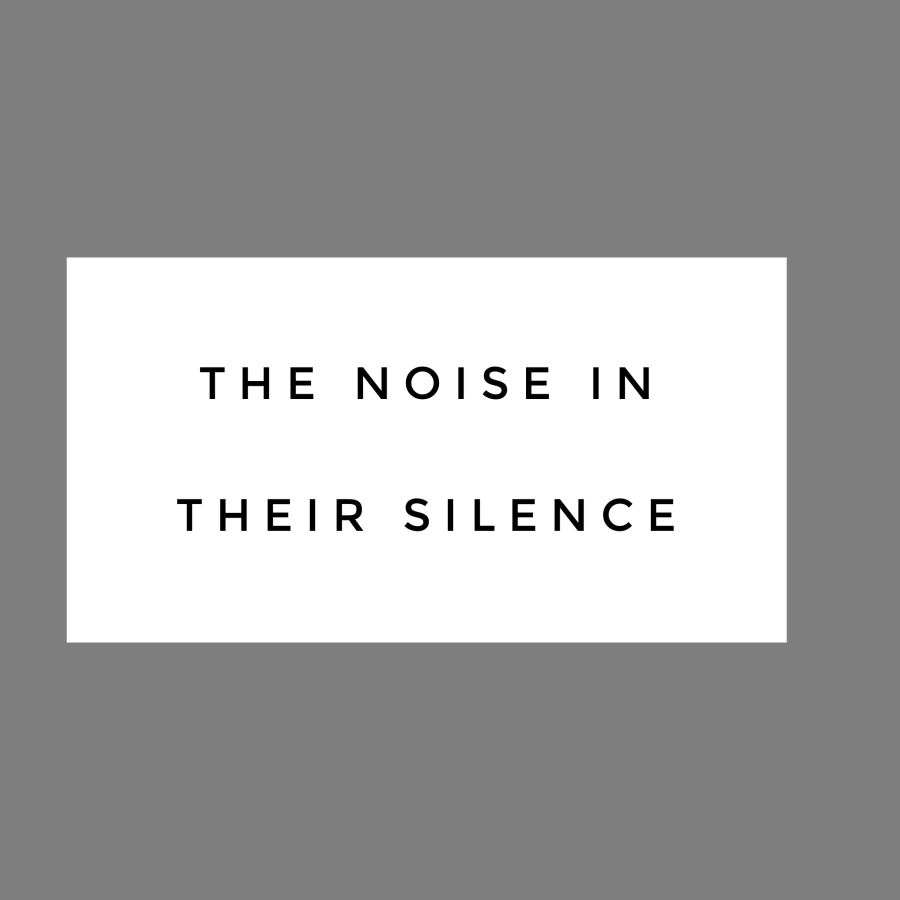 They ate dinner in silence. The kids too. There was complete silence. Then their oldest said,

She quietly nodded and threw a glance around the table to make sure everyone had enough on their plates. She then got up, silently filled the salad bowl with more salad and set it back on the table. Her motions were automatic and mechanical. Almost on cue she filled her husband’s glass with more water. He drank it.

One after the other they finished their dinner. Then they all went to bed.

As Natalie dropped herself in bed, her husband cozily ensconced between the bed covers, she momentarily thought of what she was forgetting. And then it came to her. She hurried downstairs and grabbed his pills for diabetes and cholesterol. She brought them upstairs, wordlessly handed them to him, he quietly took them and went back to reading. She turned her back on Simon and went to sleep.

Natalie didn’t know when the silence crept in. All she knew was when it got too much to argue with her husband over minor things and ideas, she adopted silence and compliance as effective coping mechanisms. Simon noticed this change in his feisty wife quickly but welcomed it as an improvement in her temperament. She was happy too. He had blamed her reactionary ways for their arguments and this was keeping the arguments at bay.

Slowly, silence became a part of her life. She became silent with her friends. Slowly they all lost touch with her. She became silent with her kids. She wondered if they knew her at all. She wanted to connect with them but was so afraid of the “dark side” of her personality as Simon had put it so many times that she preferred keeping herself at a distance. The kids looked scared of her either way. They didn’t talk much to her. They never talked to their father anyway.

But even though an outsider might think that this was strange, over the years the silence had become comfortable for Natalie. Something she even enjoyed. She talked to herself for hours and watched TV and watched others talk. She sat at parties with a smile firmly plastered on her face and didn’t feel the need to fill gaps in conversation, make small talk or even interact at all.

Amelia’s college was four states away. Between sending her off, making once every four week visits to her, and scouting colleges for the youngest two, she didn’t realize that a year had gone by, until the twins were setting up their college room. Her twin boys had been inseparable since birth so they were rooming together. Amelia came to approve of their college room. She left without talking much.

Natalie sometimes wondered why her kids weren’t close amongst themselves. Even though the twins were close, it seemed more out of habit than a true sibling need for each other. It perplexed her because growing up she had been so close to her own siblings and parents. She thought about the last time she had spoken to any of them. Must have been months.

Empty nesting can be fun but sometimes it’s not. Natalie missed doing chores around the house for her kids. They kept her busy. They also kept her thinking too much about the silence and how it grated on her soul. Sometimes when she looked at Simon and how he still snapped at her over small things, she thanked the silence.

The distance that she felt with Simon didn’t happen over one day. It took years. They were a happily married couple for a few years. Then children happened and he had to step up more. That he couldn’t do without making a big deal about it. Natalie was a busy lawyer. He forced her to be present always. He complained constantly of how little love, how little sex and how few vacations. She got tired of it. She had a high liability job that didn’t allow for her to always be catering to her husband’s whims. He had a quick temper but blamed her for it. She got tired. Then she realized that being opinionated and straightforward was ruining her marital home. Her kids were watching them with trepidation each time an argument started.

But even though they fought so much in those days they also had a closer relationship. They had more passion, more spontaneity, more love. The silence froze everything.

The twins had been gone for six months now. Simon had recently retired and stayed home most of the time. Natalie’s practice was busier than ever but she had stopped taking new clients. Lawyers make and do more at the tail end of their careers. She knew she had about 7-8 more years before she’d be too old to deal with it all.

She woke up to the smell of coffee. It wafted through the air and made her crave for some. Wondering if the twins had made a surprise visit overnight she lazily made it to the kitchen.

Simon was stooped over the stove, pouring out coffee. She noticed he was making waffles.

She smiled and came forward.

“Oh no”, he said lightly, “let me do this. Makes me feel less inadequate”.

She tried to detect tones of resentment but saw that he had humor in his eyes and laughter in his face. She laughed too.

They had breakfast. Natalie was a little taken aback but she knew of his mercurial temperament and had come to associate moments of love and care with a mini tantrum afterwards.

As she was getting up to leave the table, he put his hand on her arm,

She froze. The warmth from his hand on her arm felt good. She felt a little tingling where he touched her. When they were really into each other, the attraction was undeniable. They craved each other intellectually and physically. They sparred and challenged each other. But then it all changed. It changed when she became a mother. He couldn’t become a father. He loved his kids after they were fed and changed and bathed and nursed. He didn’t like anything that wasn’t how he wanted it.

But…. all she could hear was the noise that she had had in her ears all these years. The sound of waves crashing aimlessly against the shore. Like a giant hope raising its head, getting its head cut and falling with a deafening thud to the ground. Like two swords clashing, the clang of the metal jarring to her nerves.

She put her hands on her ears trying to block out the noise and focus on what Simon was saying. His lips were moving then why couldn’t she hear him? She strained her ears and then her heart. Her heart had frozen over the years but she realized there was a noise there too. She tried to warm it towards Simon but it was still hurting under the pain of rejection and abandonment. She coaxed it and promised it nice things from now on but her heart refused. How could she promise it to never get broken again?

There was a series of images in her eyes, her life, silently passing her by. There were the twins at the little league, Natalie cheering them on then Simon furious at her for distracting them and making them lose.

There was Amelia proudly showing her the art work she did in preschool, Natalie overjoyed, Simon criticizing her for praising a badly colored picture and setting the bar so low for the kids.

There was Natalie, passing the bar, and Simon telling her how she was five years late compared to her classmates.

There was Natalie, alone and dealing with bad postpartum depression after the twins, and Simon stomping out of the room after threatening her with a divorce if she didn’t get a grip, leaving her miserable and kicked.

There was Simon, at an office party with Natalie, telling whoever would listen about Natalie’s less than amazing culinary skills and warning against marrying women who go to law school.

And finally there was Simon, showing off his new secretary to Natalie, joking how he could at least look at her even if he was married. His secretary was embarrassed. Natalie fought for weeks over this with him and demanded an apology. He threatened to leave her. She became silent. Silence had become easier for her.

She looked at his hand, doing nothing for her, the noise in their silence slowly clearing. She felt her brain clear up after years from the medley of cheap songs they had danced to, passionate nights when they had tenderly loved each other, the insults, the back-handed compliments, the criticism, the shaming, the neglect and the possible infidelity.

She wished he hadn’t asked her to talk. Silence was comfortable. Silence was her own. Silence had become her sanctuary. Things that he had never been able to be. How could she go back to the Natalie who talked and laughed and lived? He ruined everything then and he was ruining everything again.

She looked at him, his grey eyes that once pulled at her heart and made her love him beyond reason looked back at her with expectation and hope and reminded her of her own hope trampled so many times in this marriage, and evenly said,