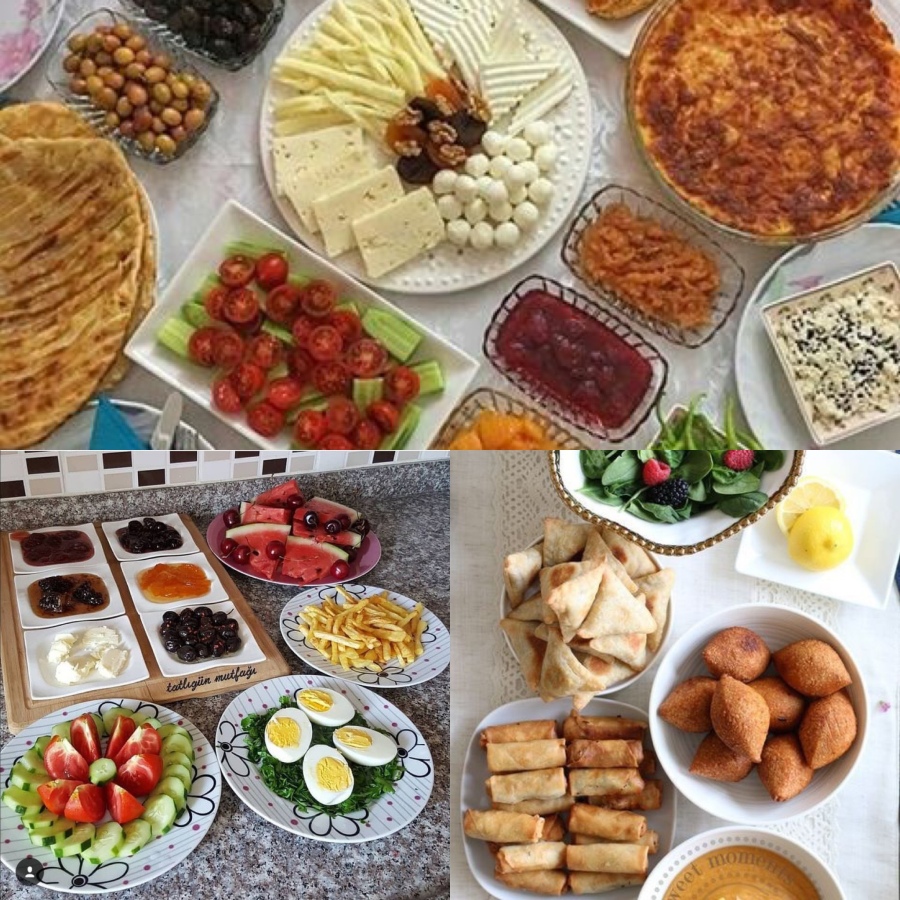 The preparation is multi step and meticulous. The first step is for your mom to have someone come and fix your hair. Again, this isn’t the proposal that she ultimately wants for you. But this proposal is going to put you on the map. This woman who will come to see you for her son is going to rave about you. She is going to make other women anxious to meet you and get you before someone else does. They’ll contact your parents repeatedly to get a date with them in your living room. This is a very important moment. Your mother can’t afford for people to screw it. She has a whole team of people who have helped her in the past with your older sister. Your younger sister, who in your mom’s words is a whore, never bothered with this whole proposal process and eloped with a guy of her dreams. Granted the guy turned out to be an antithesis of her dreams later but at least she is happy in the knowledge that she brought her own misfortune and it wasn’t a design of her parents. It’s easier to live with the mistakes we make for ourselves . At least they teach us something.

Part of the preparation is the food. Actually that’s the biggest part of it. Food is prepared for this family in amounts that are befitting for donations to consternation camps . And the variety! Wallah! You would think a king was coming. Your mom breaks out her famous china, yells at people nonstop for trying to screw this for you and your family and how her ghost would haunt them if she had a heart attack if this evening didn’t go perfectly. Putting a menopausal woman through this is brutal, I know, but your mom is the only good person in your entire family for the job.

Your dad, people might think, could help. Yes he could. He could help. But he doesn’t! Why? Well for one he knows that dealing with his menopausal wife is like dealing with the Pakistani mother-in-law. You never win. He learned a long time ago that menopause will come with a lot of yelling. Actually his life has done a lot of yelling since he has been married but at least the yelling was broken up by occasional sex in the first five years of marriage. For the last twenty, it is just nonstop yelling. He doesn’t blame your mom for it. She has told him repeatedly that the reason why she unleashes her vile behavior on him is because of his mother. He doesn’t know why but has agreed to this theory. He stays out of the major operations of the family. He makes sure to tell your mother that his services in the form of driver, cleaner, housekeeper, butler and family therapist are available but he doesn’t offer anything in the “father” realm. That’s not needed of him.

So coming back to the food! Your mom has invited this family to dinner at 5. At 5. In a Pakistani household the only thing that’s happening at 5 is either the tutor giving questionable tuition to the kids. Or the wife circling around her tailor’s shop for an outfit that she just gave yesterday to him to prepare for her upcoming party with her high school friends. Or the husband watching Dil Wale Dulhaniya Layjayengay for the hundredth time on cable and thanking the cosmos that Indian movies are available to live vicariously through.

Dinner at 5 is actually a much frowned upon concept but your mom considers all fair in the way of love and war, even though this upcoming proposal is none of those.

But dinner is actually going to get served at 9. Your mom has agreed to have them over at 5 just so she could relay all the stuff that she is planning to give her next daughter in line. She is also going to go over details regarding your beauty, housekeeping skills, social manners and various accomplishments. She will be mentioning all the important connections that your less than accomplished family has made with high-power people just through adequate social climbing. You worry that your mom may not know all about your accomplishments because, let’s be honest, she hasn’t ever spent that type of time with you but you hear her making a mention of all that she thinks you are capable of and she actually is making you sound amazing. You’d be a fool to disagree so you just go with the program.

But as set as everything else looks, your mom has still not finalized the tea and dinner menu.

Tea? Where did the tea come from? Well your mother has taken it upon herself to have a light refreshment before dinner where she’d introduce you and have you being a trolley of food. You think about objecting to it but then remember how jealous you were of your sister doing that five years ago. Granted you wouldn’t wanna do it twenty times like your sister did but this is just the beginning for you. You start to daydream about the guy becoming completely floored with your ethereal self walking through the living room door with amazing food in your hands. You think of all the sinful things that would run through his mind. How he’d give up his heart and soul in that moment. How you’d be his love at first sight. How……. oh the guy isn’t coming, you remember! You promptly replace him with his mother in your dreams.

Your mom goes into the kitchen and demands to know what the cook can make that could potentially be a part of the dinner menu. The cook, who in another life was a school teacher but had to look for a more lucrative job, is dumbfounded at this request. Sure he can make some basic staples for food. Sure his ramen noodles are loved by you. Sure he can make a mean coffee but beyond that his expertise in cooking can only be compared to Fahad Mustafa’s expertise at being a decent human being during his morning show. It’s non-existent.

Your mom softly curses him and threatens to fire him when she has found someone more competent. This doesn’t faze your cook. For as long as he has been working to put food on the table for his family he has had more threats to get fired than actually job offers so he takes this warning in stride and goes back to lazily sipping at his tea and scanning the newspaper for his next job.

Next mom lands on dad’s head. She complains that they have no one who could make excellent food for the upcoming dinner. Your dad gently recommends her trying her own hand at it. Now, your dad isn’t stupid. He knows that your mom has never so much as boiled an egg herself but he recommends it to piss her off and fly to someone else’s side. Sure enough, your mom gets up in a huff after calling him a useless child of a useless woman and makes a beeline to the muhallay ki Aunty (neighborhood Aunty).

If truth be told, your mom would much rather be married to this Aunty. Not only is she resourceful, she also validates all the concerns that your mom ever has. She’s also a good gossip and can pick faults out in your dad that have henceforth been hidden from your mom. You secretly think that your parents’ marriage could’ve been a lot better if several people hadn’t been so instrumental in “advising” your mom but you keep this opinion to yourself.

Aunty listens to mom. Mom fills her in on the troublesome process that a Rishta search is, how your dad isn’t being helpful, how the cook needs to get fired, how there’s a lot of chance of this family rejecting you, how your sister (the one who is a whore) can come up during conversation and it would be shameful to discuss her, how your bhabi could’ve been more involved but chooses to mind her own business, how your father’s side is always plotting against your mom which is why all these Rishta quests are stealth operations.

Aunty heaves a sigh. Her sigh is a cross between a chihuahua’s bark and a goat’s squeal but you know it’s a sigh. She has sighed many a time in the past over these problems of your mom’s.

Aunty starts her monologue. It is punctuated with curse words for your father indirectly. She just curses all men. There is the occasional empathy with your mom being that she is charged with looking for good proposals for her daughter and her husband isn’t being helpful. She however has a lot to say about what the food should be and where it should be prepared.

Aunty tells your mom that no one is eating Pakistani food now. She further qualifies her statement by asking your mom if she has recently eaten Pakistani food at any party. Now your mother hasn’t been invited to a party for the last ten years because of her temperamental streak but that’s not a fact that your mom likes to mention so she just glosses over her lackluster social popularity by telling Aunty that all her acquaintances are total misers who never have parties. Aunty knows this to not be true but the first rule of any morbid relationship is to feed into each other’s lack of morality so she goes with that program.

Aunty further mentions that serving Pakistani food at the Rishta date is going to be extremely déclassé. She explains to your mom how Pakistani food is a sign of ignorance towards fine dining. How this would show her in a very “small town” light and that your mom would be well-advised to stay away from any Pakistani food that’s offered by any catering business whatsoever. She then benevolently offers her own son-in-law’s very shady catering business for this affair. Your mom, who trusts Aunty like people trust huge investment companies, senses some ulterior motive here and quickly mentions her own nephew’s culinary school degree and how he would be perfect for this job. She sees this as his big breakthrough into mainstream business.

In reality your mom mentioned her nephew just to blow Aunty off. Now that she has a game plan she doesn’t need Aunty anymore. She has it all planned out.

From Aunty’s home she immediately lands at a five star hotel and asks for their best chef. She’s told that the chef can’t cook privately and this would be a conflict of interest. Your mom, who considers conflicts of interest as a new age concept like aliens and spaceships, disregards it completely and follows the chef home after his day at the hotel is done. She approaches the chef and works him like Marlon Brando in The Godfather and makes an offer that he can’t refuse. She sets a menu with him and returns triumphantly to tell your dad that “it’s all taken care of”.