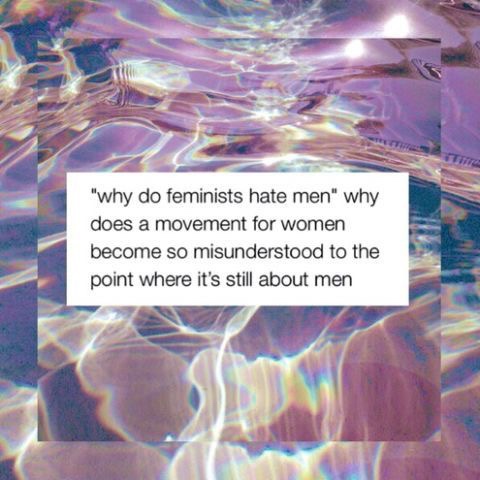 I wouldn’t have written this if Pakistani women didn’t have the most warped ideas about feminism. And if they didn’t question its relevance and significance everyday. And if they just picked up history and went through all the people who have fought for women and helped us be much more comfortable being women today.

To many of us, feminism is actually an insult of sorts if we are found endorsing it. So even though they agree with it, they don’t agree with it loud enough. Some actually disagree audibly. It’s a little demoralizing, to say the least.

But this isn’t to identify our support system. This is to break down how feminism will help us and our daughters have more charge of our lives and have a life that’s essentially equal to a man’s.

This isn’t a battle of what a woman can do versus what a man can. Really this battle isn’t with men at all. But because there are only two genders, any disparity in treatment is enjoyed by one and suffered by the other which is why we compare ourselves to men.

So what feminism basically asks for is that men don’t make decisions about our bodies. What we ask for is that when lawmaking happens regarding voting, owning property, choosing a life partner or leaving one, abortion, employment, we are made a part of it. We are made a part of decisions that happen at home and at the government level. We ask for a seat at every table where decisions are made for humans and particularly, women. We ask for our parents to consider us just as precious as their sons. We ask for our society to stop worshipping patriarchy and start calling out misogyny.

So for women who try to shame feminists, I have a question! Do you still feel ashamed at standing with fellow women? Do you still not see your privilege that you have enjoyed just by being a yes-man? Because if you were a woman who was aware of her worth, she would’ve ruffled a feather or two and would’ve been told that she ruffled a feather or two. The fact that you live a life so far removed from the relevance of feminism is a clear sign that you aren’t aware.