I know a lot of material on this blog is in condemnation of putting up a front. About presenting ourselves as someone else. About the fake belief in values that don’t necessarily have homes in our hearts and souls. These values aren’t even true values. These are societal rules and penal codes. We follow them because we don’t want to be penalized for not being a part of this society. This constant fronting would’ve been okay if it hadn’t stripped us of the most valuable thing that we were born with. AKA…… ourselves.

But why do we do it? I know that I’ve heard the all too familiar sentence “log kia kahain gay” (What will people say?) way too many times to not be affected or disgusted by it. I see people everyday who go above their capacity and beyond their means to put up a face that isn’t their own. Does it bother me? Yes and no.

It doesn’t bother me when the person putting up a front has no need to do that. They’re compulsively a show-off and no amount of money or possessions are going to assure them. They need a constant validation from the people around them and revel in it. What they do is make people feel the need for more fronting. They’re not the people we want in our immediate surroundings but can we help it? Probably not.

But yes I’m sad and angry at society for making this a necessary rite of passage for people who don’t have the emotional, financial or personal resources to do it and they’ve had to resort to various methods to bring their fronting to fruition.

Fronting isn’t a “new thing on the block” that just dropped from the heavens one fine afternoon. Nope! Fronting is years of mental and financial rip-off and the exploitation of the human mind in an attempt to make it insecure if we didn’t look or think like others around us.

Fronting actually started with “fake it till you make it”. Can I say how much I detest this odd urban expression? What does it even mean? Why do we have to fake being smart, wealthy, resourceful, witty, accomplished and larger than life. Why is that necessary? Do we realize that we are constantly living a lie when we do this and “faking” it? “Fake” is actually an alternate term for “false”. Why is this term accepted without any moral eyebrows being raised?

But then I realize that accepting this behavior is very easy. And you know why? Because we grow up with it. We watch our parents, grandparents, teachers, friends and influencers do it everyday. Because this has somehow been laid down as the way to be successful in life.

But let me ask you this. How do you think a child would interpret this? When we tell a child to “fake it till you make it” what would be his literal understanding of this phenomenon? You got it! Lie till you either become very good at it and can’t be caught. Or lie until your backup plan to that lie comes through. Or lie while you’re working on your plan.

What this expression is teaching the child is to rely on falsehood instead of honesty. See how it works? And how an innocent mind is interpreting it?

A child doesn’t know what an imposter syndrome is. Heck most adults don’t know it and do it everyday. But adults doing it may be practicing slightly deeper insight. A child who starts life practicing it is actually learning this as a way to not necessarily succeed but actually as a way to fool adults until he can land something sustainable. That’s what a child is learning.

Fronting is sometimes a survival technique, I get it. I’ve done it and you’ve done it. But has it been a long term, sustainable, legit way to live life? No. Has it set a bad example of me to me? Yes. Has it made my words of courage, integrity and strength sound hollow? Always.

When I was a first time mother I felt like an impostor all the time. I felt like I was winging it mostly. That I wasn’t prepared for this and frankly, I couldn’t find the joy and satisfaction in staying up nights and trying to nurse her or having my heart constantly jump out of my chest when I attempted to give her a bath. More than the bliss that everyone anticipated for me and assured me of, I experienced fear, intimidation and unpreparedness.

Years later I asked my mom if my feelings were valid. This was when I had my son and the same feelings of being unrested and uncared for were coming fast to the surface. But I was somewhat confused. I had my mom and sisters during my second pregnancy all the time with me. This wasn’t like my first. This really was a much better time. Then why was I feeling this way?

I told my mom that I appreciated it so much that she was with me but I felt like I was still feeling exhausted and on the edge. I kept punctuating my complaining with frequent ” but I’m so grateful”, ” I know I sound ungrateful”, “really I couldn’t be more grateful”.

My mom interjected eventually and said

” I know you’re grateful. Gratefulness has got nothing to do with feeling how you’re feeling. Grateful is a state of mind whereas exhaustion like you’re experiencing is a state of the body and sometimes mind too. Why do you need to pretend that you didn’t just go through a 36 hour labor?”

I felt like someone shook me to wake me up. Yes, indeed! Why was I pretending to be perfectly fine after I had just given birth? Surely no one expected me to be fine. I was expected to be tired, fatigued, exhausted, hungry and sleepy. That’s all I was expected to be.

Avoiding fronting is not easy. We don’t have any role models who made being honest, upfront and candid an okay thing. We actually have been raised with the antithesis of honesty. We have been raised to think that asking for help is a sign of weakness. So of course when we go out into the world with a ton of defense mechanisms and pseudo-back ups we find ourselves employing faking a lot more.

When I watched The Joneses I was struck with one thing. How insanely emotionally traumatic it was to be fake-comfortable. I mean, isn’t that an oxymoron? To be traumatized by comfort? That’s almost unheard of. But when we live a lie day after day, even if the lie is fake happiness, we are assaulting our brains into accepting something extremely false and fake. The brain doesn’t like disingenuous experiences. It goes through a rough remodeling and like most body parts, it becomes conditioned to what’s presented to it. It stops identifying fake from real and so we stop identifying fake from real. Until…….

We take some inventory of our life. We start to rise above things that we thought were important and things that really are important . When we can no longer ignore the constant quiet chanting of our mind in the background.

See brain is actually a plastic organ. It can be changed any old time. It has a lot of potential to accept influences and insults and change as a result of that.

But the mind is its own person. It doesn’t care if I think it’s right. It’s gonna say what it believes. When the mind takes over in a particularly vulnerable period of our life, a period when we are questioning where the happiness is despite us telling ourselves everyday that we are happy, despite us surrounded by things, despite us posting awesome pictures of bliss on the internet, the mind wins in showing us our real “happiness mirror” a little bit.

And I actually think that’s not necessarily a bad thing. Our mind and soul act like our guardians against worldly pressures and our own weak perceptions. They bring us back to the center, back to what’s important. This type of guidance is necessary in order to have perspective.

When we learn what our fronting has done to us, we immediately take into account what it might have done to our family and friends. And the first people we check on is our kids. Our impressionable and innocent kids!

Kids don’t learn much by reasoning. They initially learn by modeling. And do they model! Kids model things that adults are only subconsciously practicing. Things like honesty, empathy, love, compassion, sharing, caring, waiting in line, self-control are modeled by kids even without direct teaching from parents or teachers.

So it isn’t surprising that when a huge part of our life is putting up a front, our kids would learn from it. And while learning this poor method of coping they embellish this method with a few more defense mechanisms and their own “cop-outs”.

While parents may be “subtle” in the lies that they tell society, kids become blatant liars through the process of observing and practicing fakeness.

While parents deal with the emotional and cognitive assault that comes in the form of keeping up with an appearance, kids oscillate between truth and falsehood. This hurts our kids’ judgement. Down the line chances are that our kids will forget the differentiation between right and wrong, truth and lie, light and dark. They’ll put a socially convenient spin on everything that they’re embarrassed about and go about their day, only to be haunted by their inauthenticity in their vulnerable moments.

While parents willingly sign up to keep up with the joneses, kids didn’t sign up for it. Kids actually signed up to be truthful always. Taking the truth away from them cripples their mind. It also makes them less receptive to truth in the future.

Also, imagine what a lifestyle of 24/7 fronting would do? I think, from purely an evolutionary point of view, it’s going to take away our sense to discriminate right from wrong. We won’t be able to tell genuine from false, honest from dishonest and empathic from artificial. It will then make us fronters. (That’s my own terminology). It is going to lull us into the belief that we don’t need to work on anything. As long as people think everything is okay, everything is okay.

And lastly, coming back to the beginning of this post, here’s what I think is the biggest flaw of fronting and “fake it till you make it”. It stops us from being us. It stops us from being happy with who we are. It removes our own significance to us. It makes our own selves insignificant to us. And that’s terrible because then we don’t have a mind that thinks, a conscience that speaks and a soul that advises. We then have a body with a brain that can do some basic work and make living easy. Such people don’t live impactful lives. They live a life that is in conformation with what’s hip, trendy and accepted. They live a life that’s shallow and hollow. And that is how they become their own biggest offenders. They shortchange their good qualities constantly for whatever good or bad is “in” at the moment. They become caricatures of their once lovely selves. This I believe, in addition to the bad role modeling we do for the kids, is the biggest offense that fronting committed against us. 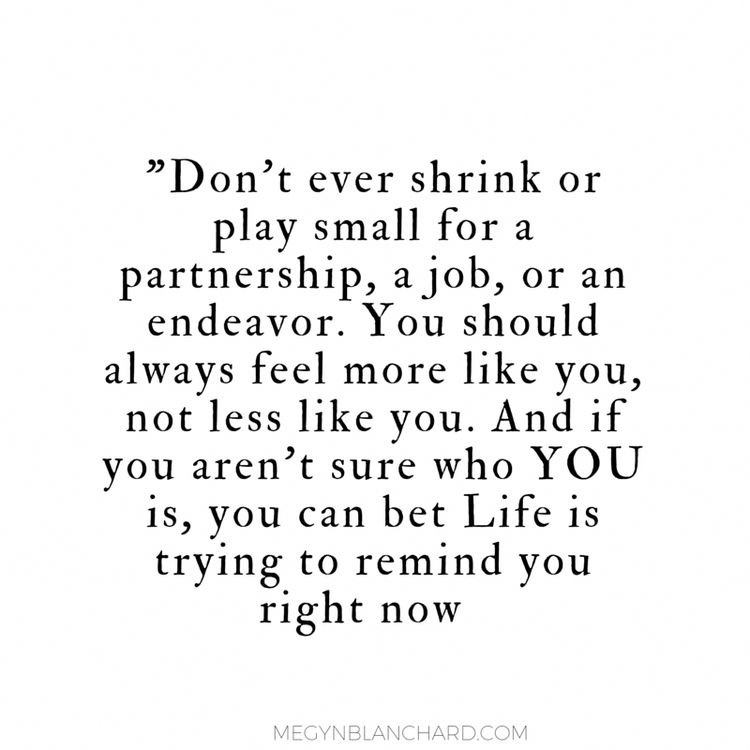