“Why did you tell him what we talked about?”

“I thought it was safe with you. I haven’t even told my mom yet”.

“But then you should’ve said that I wasn’t supposed to”.

“I thought it was implied. We talked about something extremely private to me and you went and told your husband? I trusted you”.

Does this conversation sound familiar to anyone?

I can tell without knowing everyone’s life story that we’ve either breached someone’s trust or been a victim of it.

And it’s easy, right? This trust system is so large. So many people in our circle of trust. So many people who share their confidential matters with us. So many of these people are also connected or related to each other .

And I think that makes it even trickier. People who confide in us with the trust that their information is safe with us and won’t be leaked to the general social circle. But is it?

I can’t say that I haven’t witnessed forthright people to use as my examples for inspiration in self-control and self-restrain. I do know two such people who guard others’ conversations with them with their life. They have always exhibited immense self-control when it comes to transmitting information across people. To them, regardless of any warning that may or may not be given regarding the confidentiality of any information, the information is sacred and private and not for consumption by the general public. They leave it to the person, whom the information concerns, to spread it or keep it a secret.

I wish I had that level of self-control and I’m working on it but sometimes I have that slip and invariably I’ve regretted it.

First of all, sharing someone’s personal information whether as gossip or as just another topic to discuss made me feel miserable later. And a few more feelings occurred. The fear that my friend will find out that I can’t be trusted. The regret that I could be tempted into something so basically unethical. The shame that I’ve been unable to achieve an adult developmental milestone of being trustworthy. The combination of these feelings made me feel small and petty. It was a conscious decision almost to change my practice when it came to offering my trust to people and accepting their trust.

Don’t think I haven’t been on the receiving end of a breach of trust. I’ve been there. No one, not even the best of us, are above any human fault that the worst of us can make. I’m not a great person but then met some people who had faults very similar to mine. They let me down with sharing my information with an audience that it was not intended for. Did it hurt me? You can’t imagine how much. Did it teach me a lesson? A most valuable one.

No wrong can be felt and processed by us the same way as it is felt and processed by the person who is wronged. This is why we get judgmental when it’s someone else’s problem. We become judgmental when we haven’t lived something. When we don’t know the intricacies of it. When we don’t understand the driving factors behind it or the motivation behind it. The only people who can truly realize the magnitude of an offense are the offended. Bystanders can’t get it. Moral offenses have an impact on our soul so people just looking at the situation from the outside can’t gauge the moral injury they cause.

Coming back to the lesson I learned. I wouldn’t have learned the lesson if I hadn’t been wronged the same way I had probably wronged others. I’m sure I had felt at liberty to discuss someone’s private information with someone else under the cover of ” But they didn’t say I shouldn’t tell it to anyone” or “But this isn’t something to hide”. Or ” if they wanted it to be a secret, they shouldn’t have told me”. Common defense mechanisms right? These defense mechanisms help us make a moral mistake but can’t save us from our conscience. The conscience takes over after the fact in most cases, unfortunately.

But what if conscience kicked in sooner? Ideal scenario, right? That’s a full yay. That’s our happy place and the place where we make the most empathic and morally correct decisions. Conscience centers us. Conscience brings us back to it.

So I use my conscience more now when it’s about others’ secrets and privacy. My conscience asks me an important question. A question that every ethical conundrum derives some help from. The question that physicians ask themselves everyday, every moment.

“How would I like my private information to be handled if I shared it with someone?”.

People! I don’t know how much you believe in listening to that inner voice but it has never failed me in the department of good advice. And so when my inner voice says,

” I would like my private information to be handled with the same respect, decorum, esteem and confidentiality as someone would protect their own”, I listen to it.

Is this system a hundred percent fool-proof? Almost.

But the other system of going with my gut about how private someone’s information was didn’t work out a hundred percent of the time. Because it had loopholes. The biggest loophole was that it was a moral decision that depended on my discretion. And moral decisions are somewhat one way. Rigid. Usually inflexible. They don’t change from person to person. Sure we make different decisions in different situations but morality doesn’t work that way. At least to me. Morality works on set principles. When I took the command of morality from my own discretion and gave it to my conscience, I made less mistakes.

So now whenever someone tells me something that I can tell isn’t for general consumption and I get the urge to share it with someone, I remind myself that the conversation that they had with me, in whatever capacity, in however easy atmosphere, in no matter how light a mood or about how benign a topic, it is like an “amanat “. (امانت) and treating it callously is actually a sin.

This has gotten me my friends’ trust. They know that their conversation doesn’t have to be punctuated with ” don’t tell anyone” or ” this is just between you and me”. Trust, people, is what we gain by controlling momentary, overwhelming, silly urges.

And do you know the magic of this practice? It spreads by sheer osmosis and makes other trustworthy too. Then you make a true circle of trust. And another benefit? It cuts down on the gossip. This system ensures that information stays in one place and only the person who is the actual owner of that information can access it because the other person who is in on this private conversation is a person of integrity and wholesomeness. May Allah give us all the will power and good wisdom to protect the amanah entrusted to us by our friends. 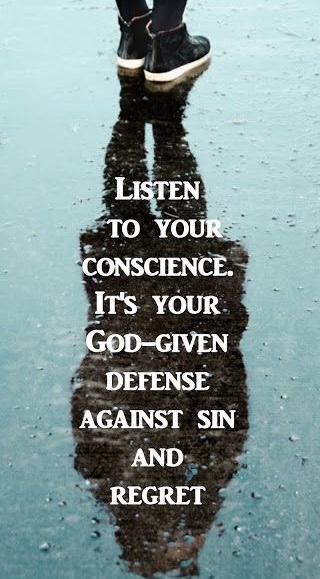