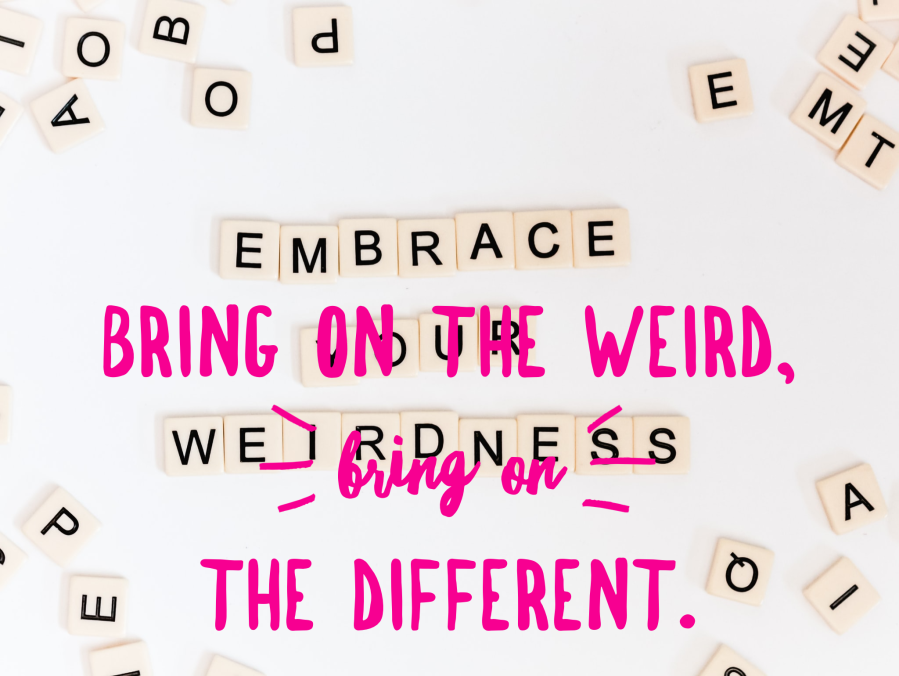 As I was browsing through a women’s only forum I was struck by how many women thought that not sleeping in the same bed as your husband every night is weird.

Then another conversation between work colleagues got me when I overheard one expressing open surprise at the other’s husband being an amazing cook and actually the cook of the family.

My friend just told me a few days ago, with notes of surprise and disapproval in her voice, how a certain man stays home to raise his kids while the wife works.

I mean, enough! Just because we don’t get it doesn’t mean someone has an abnormal, weird, off-kilter system.

How many marriages are we going to call weird? How many ways of living are going to be classified as weird? Anything that doesn’t make sense to us might end up being weird to us but judging people without knowing their reasons is the type of attitude that makes many of us who live unconventional lives uncomfortable.

We have already labeled childless couples as weird. And let’s all hold on to the rafters if the couple tells us that the childlessness is intentional. Then it’s nonstop conjecturing of their reasons, how it’s a facade for infertility and how their life has no meaning without a bunch of kids running around their ankles. Kids are amazing, people! But if you ask me, this couple has made a good decision for themselves if they didn’t want kids. Bringing kids into this world as a natural next step of being in a relationship is probably why the earth isn’t being totally thankful to us today.

She’s the provider for the family is another weird setup. This one is hard to grasp and is fraught with so much societal stigma that she will just have to explain it with how her husband wasn’t making enough for them to get by or how she’s a much more terrible parent than him so parenting was better left to him or how he has some medical condition that wouldn’t allow for work outside the home. But because she’s working doesn’t mean she’s not parenting. Just because he’s with kids at home doesn’t mean he’s not contributing. We really need to get our brain on right about this.

Sleeping in separate beds is actually more common for couples than you might think. There are many snorers, kickers, perpendicularly-sleeping-with-our-bed-partners that I know. There are many obstructive sleep apnea patients. There are people who work stressful, high-risk jobs in the morning who need to have their best restful sleep every night in order to provide a safe experience for everyone who is touched by their line of work. There are moms who are so tired at night that they need to sleep like a log for 6-8 hours in order to be productive in the morning. There are surgeons who work very early hours and anesthesiologists who work just as early as them. Are you starting to see how sleeping in separate beds isn’t always because of marital discord? Sometimes it’s out of necessity. And no! Sleeping separately doesn’t mean less intimacy. The formula for sex has many variables. There are no constants for a healthy sex life fortunately.

There is nothing truly weird in this world is my opinion. Why we might find something strange may have more to do with our unawareness of it than anything else. People have different ways to build a system and they won’t abandon their system just because we find it weird. So ultimately what we are wasting is our breath. Really, that’s all that’s happening here.